We’ve just had a taste of Pizza Cheesy Mozzie Twitch Prime skin, and Twitch already teases us with new loot!
Twitch Amazon Prime page for Rainbow Six Siege has released photos of the upcoming R6 Siege Twitch Prime skins for Lesion, Ying & Zofia.
First, we will dive into the topic of Twitch Prime:

Lastly, we will list what we know so far about the upcoming skins and showcase available photos.

What is Twitch Prime? Twitch has partnered with Amazon to create a premium experience for its users. Twitch Prime is included with Amazon’s premium services, namely Amazon Prime & Prime Video subscriptions.
Thanks to Twitch Prime players gain:

How much is Twitch Prime? Is Twitch Prime worth it? The value Twitch Prime provides for the cost is at a really good ratio. Therefore, the main question here is: How much do you value Twitch, Amazon services, and games partnered with the program?
For a person who uses regularly Twitch, this is a great opportunity. Where I live, I can sign up for 6 EUR a month to get Prime Video services, Twitch benefits (including 5$ subscription), and perks for games. If I value even 1 of those perks then the service gives a good bang for the buck.
However, if you’re not using Twitch nor Amazon’s Prime services, but really like the content available at the time for your favorite game, then I would suggest signing up for 30 days trial with Amazon Prime. 1A. In case you are already an Amazon Prime member, then you have to link both Amazon and Twitch account

1b. If you’re not a member of Amazon Prime then follow this link to start your 30days trial.

2. Once your Amazon Prime is active, you have to link your Twitch and Uplay accounts

4. Log in to the Rainbow Six Siege game and check the Alpha Packs menu window. You should receive automatically Alpha Packs in the game, containing the Twitch Prime skin.

Important to note that every Twitch Prime skin has a time window during which it is available. Thus you can claim skins only available at the time.

When will the new R6 Siege Twitch Prime skins be available? No information has been released on this subject, just yet.
What we know, however, is how the last 3 R6 Twitch Prime skins were available:
So it might be safe to assume that the upcoming 3 skins will be released in succession.

What Twitch Prime skins will R6 get?

Rainbow Six Siege community will get loot skins for Zofia, Ying & Lesion. Here are photos of the skins: First, we’re very happy about operator selection for the next Twitch Prime drops. Ying and Zofia have a very limited number of skins available to them in Rainbow Six Siege.
Lesion, on the other hand, has a bigger selection of skins, including one of the best elite skins, with admittedly one of the worst MVP animations available in the game.
Unlike the previous Twitch Prime drops for Rainbow Six Siege, the upcoming skins are all in the same theme, which follows the Jager Byte skin available to Year 5 Season Pass holders.
Previous Twitch Prime skins were not particularly appealing. Only Pizza Mozzie skin was somehow creative, but quite… cheesy. Of course, this is a subjective judgment. I personally do not like colorful “funny” skins in Rainbow Six Siege.
In contrast, the new ones are quite good looking! I like a lot Jager Season Pass’s skin, so I am happy they chose this theme for new skins.
Here is the Jager Byte skin for comparison: 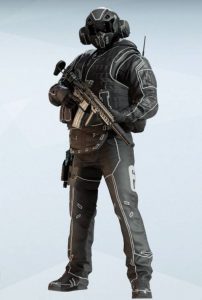 If you plan to subscribe to Amazon Prime, then kindly consider using our link.
We will get a percentage of what you pay, which helps us keep this page running.
Of course, you don’t have any additional costs associated with using our affiliate link.
What do you think about the upcoming skins?
Will you get them?
Let us know in the comments below!
Facebook
Twitter
Mix
Pinterest